Leading my own band 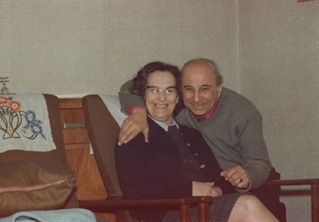 From 1970 to 1980 I led my own band (taking over from George Jay) playing mostly at the venues in and around Park Lane. When work was less plentiful I once again took up my childhood hobby of repairing radios. My brother Max had set himself up in Hull and opened a shop repairing both radios and televisions. My dream of setting up my own business in London was short-lived as I had neither sufficient technical knowledge nor business acumen to do this. Although, I must boast about the self made amplifier built to use with my accordion, which was very useful when doing solo work such as in the Beer Keller’s in Bayswater.

Around that time I developed my private teaching practice. As with everything else in my life, I was once again lucky being in the right place at the right time.

Without any advertising most of my pupils were through recommendations and sometimes I taught the parents as well as the children. It was a wonderful experience to see some of them graduate to the top grade 8 playing either the piano or the guitar. 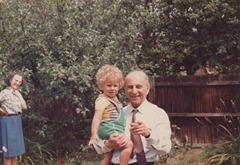 By the way, the guitar became another of my self-taught instruments. For a long period I was fully occupied with pupils seven days a week. One of the unfortunate things of having a name like Jack Daniels was that people thought that the obvious present to give me for
birthdays and other celebrations was a bottle of Jack Daniel’s Whisky!

During the 70s I was to encounter both tragedy and happiness. My wife Myra of 41 years succumbed to Cancer in between the birth of my two wonderful grand children Andrew and Jonathan.

The 70s ended with me getting my grade 5 theory of music Certificate with a satisfying 91 out of a possible 99. This was to be followed in 1980 by obtaining my grade 8 piano certificate with distinction much to my own amazement. Apart from that life has been relatively uneventful when compared with that of the last century until last year when at the tender age of 99, I decided to stop driving and as a result stopped teaching anymore. After 64 years of living in Downton Avenue, Streatham, I moved to a retirement l at in Wembley to be closer to my family.